What To Do If A Neighbour Trespasses On Your Property 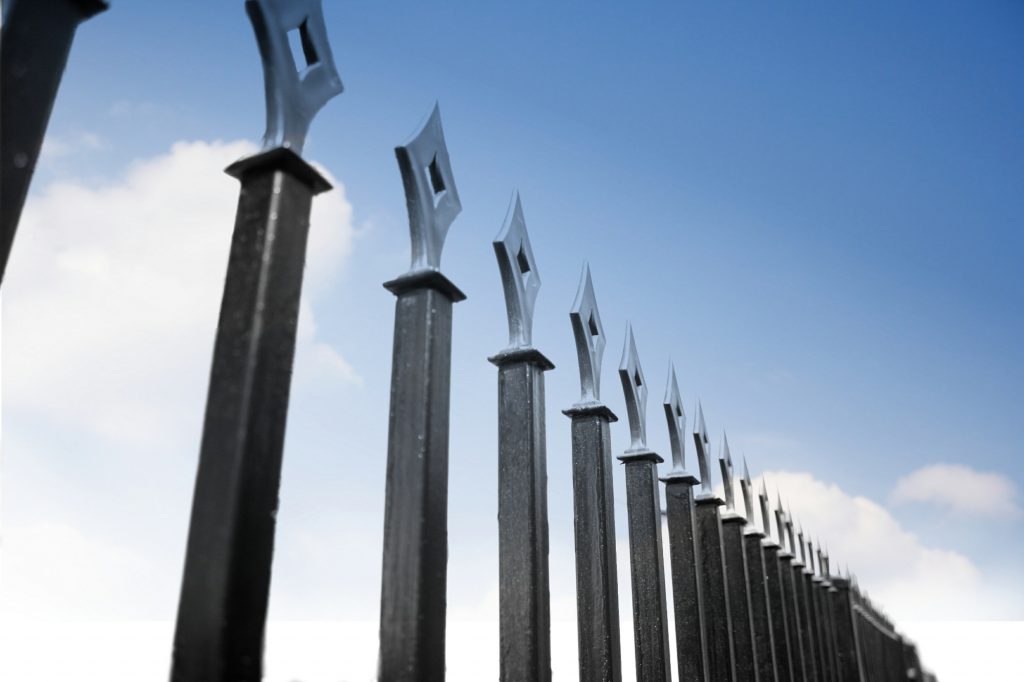 As the famous TV soap theme tune has it “Everybody needs good neighbours”. But what if, far from being a good neighbour, the person in the adjoining property encroaches onto your land?

Consider this scenario: Your neighbour builds an extension up to the boundary line. The foundations for the extension go under your land and the builders came onto your land, while you were away on holiday, to construct the foundations. Your neighbour has planning permission for their extension but you did not receive any notice of the works. You cannot now grow anything on the boundary next to the extension because of solid concrete in the ground. Naturally, you are not happy about this. So what do you do?

The first thing to do is to talk to your neighbour about it and try and resolve the problem between yourselves. However, there are some situations in which this simply won’t be effective and you may need to consider taking legal advice. For example, in this case your neighbour is unlikely to consent to take down the brand new extension that they’ve just had built at great expense.

You may be able to bring an action against your neighbour for trespass.

Trespass is the unlawful presence of a person on land in the possession of another. Many different actions can constitute trespass, including:

By coming onto your land without permission and by permanently affixing the concrete to your land, your neighbour has committed trespass.

How To Deal With Trespassing Neighbours

The two key remedies available to you are obtaining an injunction and damages.

Generally damages will be awarded in place of an injunction where:

Trespass is unusual in that the landowner does not have to demonstrate damage to his property to be awarded damages, he merely has to show that his property rights have or are being interfered with. Nominal damages will be awarded for trespass where the trespass is minor. Damages for trespass are assessed by the court in terms of loss to the claimant; the benefit gained by the trespasser in using the land and what sum the parties would, hypothetically, have agreed for the right to use the land.

How To Stop a Trespassing Neighbour

There are several lawful ways you can go about asking your neighbour to stop coming onto your land or prevent them from doing so. These include:

If the trespass is accompanied by high-handed, insulting or oppressive conduct the court may make an award of aggravated damages to compensate the claimant for the mental distress and injury to feelings.

There are certain limited circumstances where a neighbour may gain access to your land without your permission to make repairs to their own property or carry out ‘basic preservation works’. If a you refuse permission, your neighbour can apply to the court to grant an access order under the Access to Neighbouring Land Act 1992. However, the Act only applies to preservation of existing structures; it does not apply to permission to gain access to a neighbour’s land in order to make it easier to construct a new development, such as a new extension.

You might also consider bringing an action for private nuisance. Private nuisance normally involves interference with the claimant’s enjoyment of their land, usually by noise or smell or by the causing of actual physical damage to their property. In cases of physical damage to the property, such as the damage to your land caused by solid concrete in the ground, the damage caused must not be trivial or fleeting but need not result in actual depreciation of your property. The court will weigh up the your interest in enjoying your land, against the interest of your neighbour in enjoying theirs.

What remedies are available for nuisance?

Damages may be awarded. Damage must usually be proved either in the form of tangible damage to property or in the form of amenity damage as evidenced by, for instance, discomfort. When damage to property has been caused, the general rule for the measure of damages is the difference between the money value of the owner’s interest in the property before and after the damage was done.

Although damages are the most common remedy in case of private nuisance it may also be possible to obtain an injunction to abate, ordering your neighbour to stop, remove or restrict a nuisance or abandon plans for a prospective nuisance.

If the works affect a party wall, the provisions of The Party Wall etc. Act 1996 will apply. The Act sets out a framework for carrying out works to a shared boundary wall and has a dispute resolution procedure to protect the interests of the adjoining owner, while giving the building owner the rights it needs to carry out its works.

A building owner must comply with the PWA 1996 if it proposes to:

The building owner must give notice to the adjoining property owner of the works they intend carry out, including when they plan to start the works and a full description of what they plan to do. The notice period varies depending on the type of work proposed.

If, within 14 days of the notice being given, the adjoining property owner has not consented, a dispute is deemed to have arisen.

If the building owner and adjoining property owner cannot reach an agreement by talking to each other, they may appoint a joint surveyor to draw up an ‘award’, which sets out how the work will be carried out. If they cannot agree a joint surveyor, they can choose one each to draw up the award together.

The Act contains no enforcement procedures for failure to comply with its provisions. However, if a neighbour or a builder carrying out work on your neighbour’s behalf starts work, without having first given notice in the proper way, you may seek to stop the work through a court injunction or seek other legal redress such as damages.

Bear in mind that neighbour disputes are both unattractive and can be very costly for little gain. You may have to live next door to your neighbours for many years and it’s best to try and maintain friendly relations if at all possible. Remember, any dispute with your neighbours has to be declared when selling your home and could be highly off-putting to a potential buyer.

If the issues can be resolved by direct negotiation between the parties, that would be the sensible thing to do. If however, you are talking to your neighbour and you are getting nowhere, it may be worth considering some form of alternative dispute resolution.

Mediation, perhaps in the hands of an independent surveyor, could be a good way of focusing on what the important issues in dispute are and arriving at solutions that are workable and acceptable to both parties without the need to resort to costly and uncertain litigation.

Resolving any dispute as quickly and amicably as possible will hopefully then allow good neighbours to become good friends.